Roe v. Wade and the Historical Irony of the Quest for Five Republican Justices 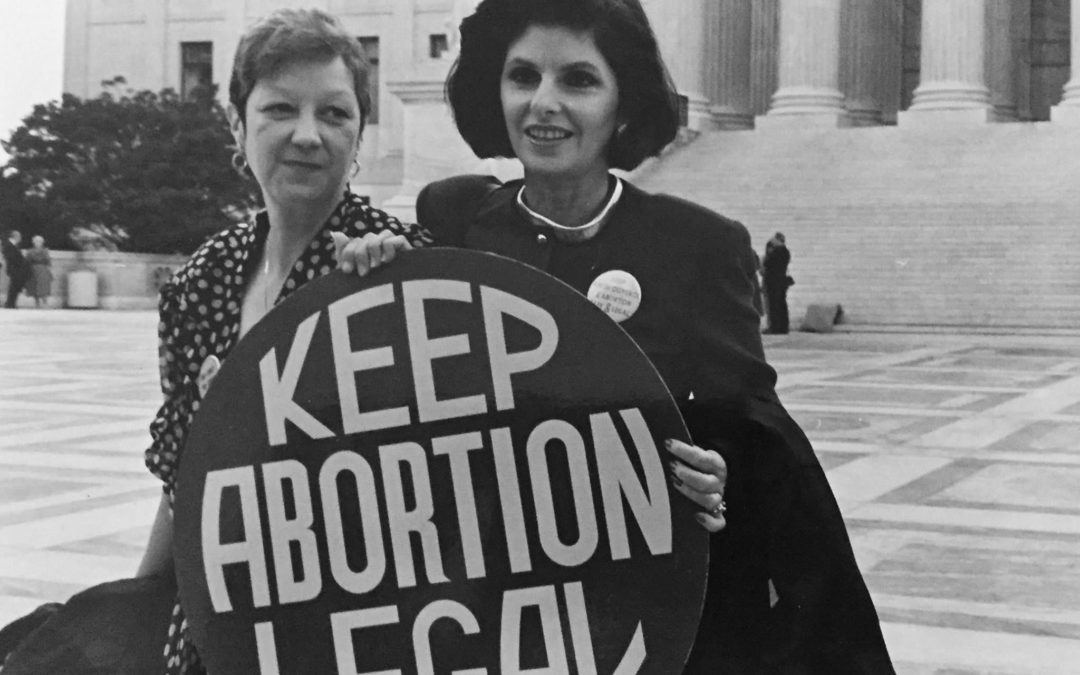 Of course, by “everything,” I mean Roe v. Wade and the constitutional landscape of the Supreme Court for an entire generation; by “one justice,” I mean hopefully either Amy Coney Barrett or Mike Lee; and by “one senator,” I mean probably Susan Collins (R-ME) and/or Lisa Murkowski (R-AK).

In the past week, Senator Collins has affirmed that she will not vote to appoint an anti-Roe nominee, or any “activist judge” who “demonstrated a disrespect for the vital principle of stare decisis” — precedent, especially progressive precedent, actual codified law be hanged. Absent from her comments was a pledge to even consider whether a potential justice would honor their oath to uphold the Constitution, but RINOs gonna RINO. Senator Murkowski is likely of a similar mind. Both, however, voted in favor of Justice Gorsuch’s appointment last year.

With a slim 51-49 majority in the Senate, Republicans need to make every vote count. Senator McCain is on medical leave and we wish him well, so the aforementioned Senators Collins and Murkowski hold even more power than before, although for every Republican defection, we might be able to count on as many as three Democratic votes like we did in 2017 with Senators Manchin, Heitkamp, and Donnelly.

Two things are clear and unfortunate: no matter whom President Trump selects, the margin will be tight, and the two parties will largely vote in bloc.

It’s tragic that the Supreme Court, which ought to be devoid of partisan maneuvering in order to focus solely on legal objectivity, has become perhaps the most colossal club of all. Even worse, the most fundamental of our unalienable rights, that of life, almost certainly lies in the hands of a single judge.

How did we get here? That question might be too broad for the time I have here, and there are a great many volumes available for those who care to study (I recommend Stolen Sovereignty by Daniel Horowitz).

So let’s be more specific. How did we arrive at this particular controversy? How did we get Roe?

It may surprise you to know that Roe v. Wade, the great enemy of constitutional liberty and the rights of the unborn, considered by many to be among the worst Supreme Court decisions ever written, and the primary focus of almost any legal discussion currently taking place, was a bipartisan miscarriage of justice. Not necessarily among voters, pundits, or politicians, but judges — the great and eternal arbiters of moral goodness — who transcended party lines in order to hand down one of the most deliberately bogus and illogical legal decisions in American history.

I find the irony of that history lesson chilling, and I can only hope that Newton’s Third Law will work in our favor this time around. But just how well can we trust the five justices allegedly on our side today? Chief Justice Roberts’s track record is shoddy at best; he is, after all, the one who turned Obamacare into a tax rather than a fine, sidestepping justice and exceeding his sworn constitutional bounds. Justice Alito’s opposition to Planned Parenthood v. Casey was far from a conservative stance, but he did later uphold a ban on partial-birth abortions, so he’s a bit of a mixed bag. As I’ve mentioned before, Justice Gorsuch still has yet to prove his judicial philosophy surrounding stare decisis, so we don’t know exactly how far he’d be willing to go to overturn one of the biggest precedents in American jurisprudence. Finally, President Trump, as of the time I write this article, has still not announced his new pick. Not everyone on his list is a safe bet.

Even with a 5-4 majority, I’m nervous about the near future of the pro-life movement. Hopefully we can count on enough justices to defend the innate right to life, but unlike in the Senate, if we have even one defector, we can’t rely on anyone from the other side to pick up the slack. It’s all or nothing.