#MeToo: When Men Want to Fix It and Women Want to Be Understood 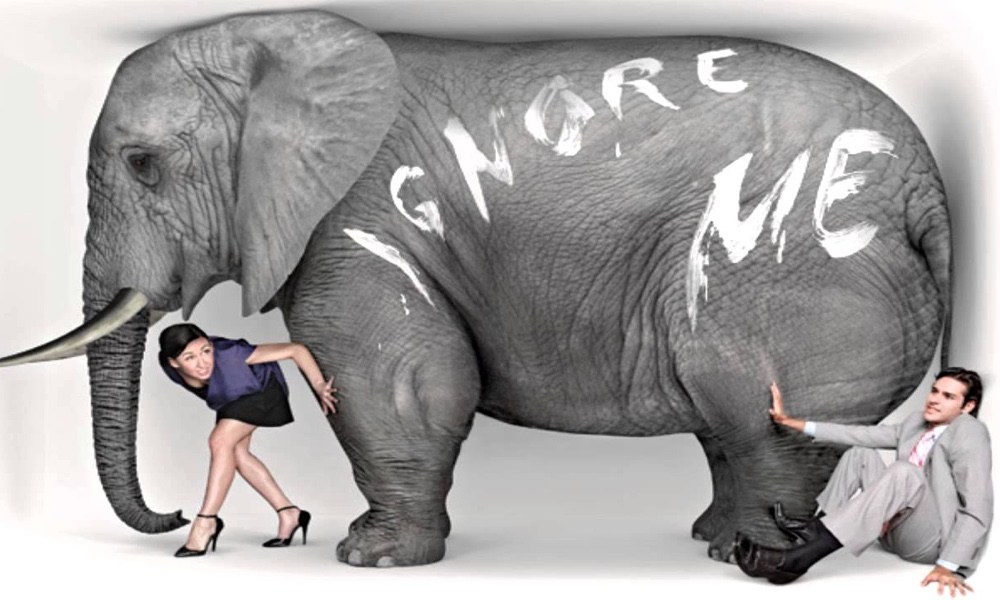 During a board meeting, a woman suddenly says, “There’s an elephant in this room, and it’s about time somebody said something about it. It’s big, it’s taking up way too much space, and it’s harmful to our work environment.”

The other men and women in the room agree. In turn, each woman adds, “I saw it too, but I never felt empowered to say anything until now.” Some of the men express similar sentiments.

Everyone agrees: the elephant has always been there, and they’ve always known. They just never knew what to do about it.

One man speaks up, “Now that this is out in the open, let’s get rid of the elephant once and for all!” He expects universal applause, but only the men and a few women express their agreement.

Surprisingly, most of the women say, “Oh no, that’s not what we want.”

The men are shocked. These women were the ones who first exclaimed their discomfort at the elephant’s presence. Why would they oppose its removal?

One woman, noting the confusion, clarifies, “Our goal isn’t to go after the elephant. We just want those who’ve felt uncomfortable about it to be allowed to say so and help each other feel heard, understood, and validated.”

A woman states, as if obvious, “Oh no, of course not!”

Now the men are truly baffled. “Let us make sure we understand: you don’t want the elephant to stay?”

The women nod in unison.

“But you don’t want us to get rid of it either?”

The women nod again. “Now you’ve got it!” one affirms.

Bursts of giggling explode across the room. How typical of men to not understand!

Composing herself, a woman finally clarifies, “Getting rid of the elephant would only draw more attention to it. We’ve already felt uncomfortable enough; removing the elephant would just bring the emotions way too close to the surface.”

The men are stuck. They want to help the women, and they not only see the problem but they have a few solutions in mind. “So what do you want us to do?” a man eventually asks.

“Just let us know you hear us and that our opinions matter. This is a time for healing.” The women stand arm in arm, a gesture of solidarity.

The men shake their heads. “Women,” they mutter.

In case you couldn’t tell, this is a likeness of #MeToo, the trending social media initiative for victims of sexual assault and sexual harassment to come forward in an attempt to highlight the unfortunate prevalence of sexual misconduct and female objectification in our society.

As in my example, everyone knows that these things happen, and I’m thrilled that people are speaking up. But I’ve come under a lot of heat on Facebook because, in addition to my expressions of sympathy and support for those coming forward and for the movement itself, I had two criticisms with the way it was being handled.

Both were later addressed by Ben Shapiro in a much better post than mine, but let’s consider them within our story.

First, no one has ever been able to decide how much elephant is too much elephant. You should know that this parable wasn’t actually the first time the elephant had been addressed. Women and men had brought it up repeatedly, but any time a man suggested somebody get rid of the elephant, it went about as we’ve seen above. So next time it was discussed, the men (and some women) had to pretend they hadn’t been there a million times before.

But no action was ever taken because no terms could be resolved. For instance, could the painting of an elephant on the wall be permitted, or was it offensive and insensitive? There was a pretty even split.

Some of the more conservative members of the board suggested that all images of elephants be banned, but even some of those who disapproved of the painting mocked their prudishness.

A few called for restrictions on the word “elephant” itself, and most agreed that the previously unmentioned baby elephant, though not as disturbing as its full-grown counterpart, had crossed the line.

When a man brought a plush elephant toy to work one day, some of his colleagues reported him to HR, while others defended his right to carry the doll, calling it ill-advised but technically allowed.

Still, no agreement was ever reached, so no action was ever taken, and the problem never went away.

That was my first critique. The second was that even in the case of the adult elephant and its baby, both of which clearly went too far, the women wouldn’t sanction their removals. The baby elephant got out one day, and when the women spotted it, they refused to tell anyone where it went.

How was anyone supposed to get rid of it now? I don’t know. But ask that on Facebook and prepare to be accused of perpetuating victim-blaming. And what happens if you say nothing? You get accused of the same.

“#MeToo is a great first step!”

“Yes, but what are steps two and three?”

Nobody wants an elephant in their office space; we all see it, and we all want it gone. But if we can’t establish standards and if we aren’t willing to call it out by name, then it will continue to sit there, taking up space and making everyone feel uncomfortable.

So why can’t we talk solutions? I think I finally figured it out: this is a classic, large-scale example of the age-old gender disparity. As it goes, when there’s a problem, men want to fix it, and women want to be validated.

That’s all good and fine when your wife had a fight with a co-worker or lost her favorite earrings. Don’t fix it, just comfort her and show her you’re there for her. That’s how you show your love.

But this is rape we’re talking about. Sexual assault. Harvey Weinstein scandals, threats, and bribery. That’s not just something we “there, there” away. Not to me, at least, but I’m a guy. I like to fix things, particularly if the problem is an evil dude who either needs to rot in jail or “never be found again,” if you catch my drift.

Modern politics are all about the disconnect. Nobody’s listening to each other, and everyone’s attributing false motives. You may not agree with what I think the solution is, but if you didn’t already, I hope that at least now you know why half of us are having a completely different conversation.