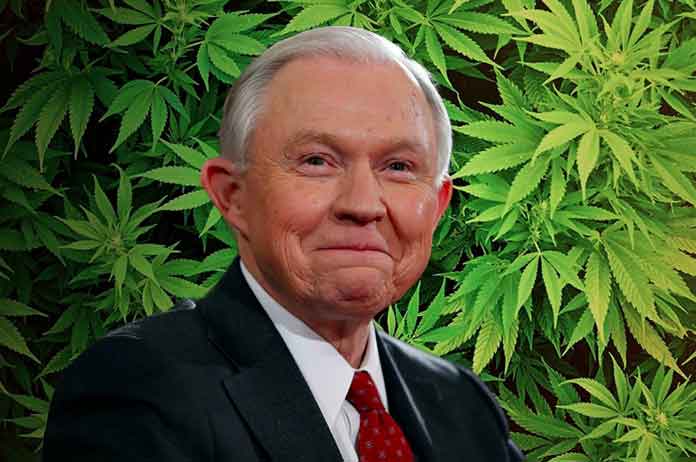 If libertarians and conservatives are butting heads, there’s a 90% chance it’s about marijuana.

The typical perception of the divide looks something like this: libertarians want marijuana totally legalized, as the federal government has no constitutional authority over drug regulation, while conservatives dislike marijuana use personally, so they would vote to prohibit its use entirely.

This caricature doesn’t fully encapsulate either side, but it is so pervasive that conservatives who advocate for anything less than the total federal crackdown of marijuana call themselves “libertarian on this issue.”

Know from the outset that I am a conservative on this, but I’ll explain what that means in a moment, just as I will unpack the common tropes of the debate. Just know that if you’re a libertarian or “libertarian on this issue,” you and I likely have more in common than you think.

On Thursday, Attorney General Jeff Sessions rescinded an Obama-era federal policy which barred federal officials from intervening in weed-related matters in states that had legalized the drug. Instead, Sessions is now instructing his squad to “let federal prosecutors where marijuana is legal decide how aggressively to enforce longstanding federal law prohibiting it.”

I, a conservative, agree that this is an awful move by Sessions. He has no authority to enforce unconstitutional drug law where states have already spoken.

His actions spurred immediate backlash on Twitter, most notably (in my feed) from Missouri Senate-hopeful and defender of liberty Austin Petersen, who unleashed a series of tweets, rightly emphasizing the true meaning of the Supremacy Clause of the Constitution, citing a few of the Federalist Papers and other Founders.

In short, the federal government is only supreme to the states in matters granted to it by the Constitution. In states’ matters, states are sovereign, barring the violation of natural rights.

Petersen and I are in total agreement. The legalization of marijuana is undoubtedly a states’ issue.

Again, where natural rights are infringed, the federal government should step in.

But in general, the legalization of marijuana is outside the purview of the federal government and thus ought to be decided by the states. This is something that conservatives and libertarians largely agree on — however you would vote on that ballot is secondary to the importance of upholding the Constitution.

The first of our three goals (1. Critique Sessions’s decision, 2. Debunk the caricatures, and 3. Present the conservative stance on marijuana) is complete, and the second shouldn’t require much more dissection.

We’ve established that not all libertarians demand the total legalization of all drugs in all circumstances whatever — many believe in allowing states to decide and in protecting the rights of children.

We’ve also noted how conservatives don’t favor federal intervention based on personal disgust for pot. Any conservative who argues for such, like Sessions, is not a conservative on this issue. We likewise believe that it should be left to the states.

Where I think most philosophically consistent libertarians and conservatives differ is how to vote once the referendum appears on the ballot.

Predictably, libertarians (and some conservatives like Ben Shapiro who are “libertarian on this issue”) would opt for legalization, not necessarily because of personal approval but general recognition of individual rights.

Conservatives, on the other hand, would vote against legalization, but not because of personal distaste but rather based on externalities. The same principle applies to state initiatives on alcohol, for instance.

This standard argues that, due to the severe uptick in fatal car accidents involving marijuana use, the ease of access for minors, and the increase in marijuana-related crime generally, this issue no longer affects just the individual. Once your behavior starts to harm others, your neighbors and colleagues can intervene by ballot.

Personally, I would vote against marijuana legalization, for the reasons listed above. That said, I can understand why others would vote in favor. Either way, I hope we can at least recognize our agreement on the constitutional argument for states’ rights.

If you want to harm your own body, be my guest. If you hurt someone else, that’s where I draw the line.

And if you see it differently, that’s fine. Just let me offer a word of advice: we are in difficult times where our freedoms are being wiped away from before our eyes, whether by presidential fiat, judicial tyranny, or otherwise. Maybe if libertarians hadn’t been so singularly obsessive about pot for the last few decades, they wouldn’t have been too high to notice that actually vital constitutional liberties are being trounced and shredded while stoners stick to the wrong guns.

Conservatives and libertarians have the potential to form the greatest political alliance in American history, but conservatives can’t do it alone and too many libertarians are making a mockery of the whole group with their one-track pot campaign. Maybe prioritize a little and we can restore our constitutional freedom.