Hillary Is an Easy Target 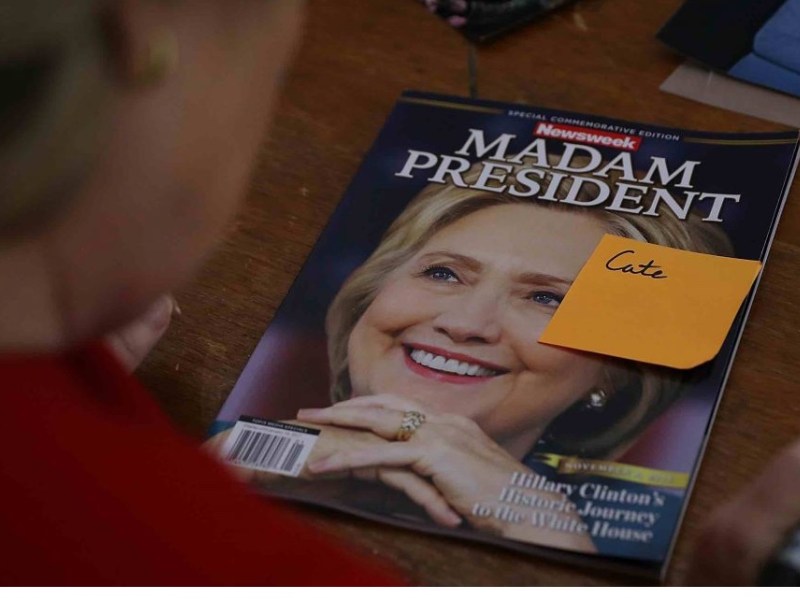 Originally posted with The New Americana.

In 2017, it does not require a significant dose of courage to declare yourself homosexual or transgender. It isn’t risky to spout socialist talking points in your college economics class.

It’s not socially dangerous to say things that you know will be accepted or even praised.

What does takes guts in an increasingly polarized and tribalistic political climate is to speak out against the whited sepulchres on your own side and clean up the rot.

But that’s apparently too uncomfortable for many on the Right, particularly the Trump cultists who’ve abandoned all reason in order to defend our fearless leader no matter how far to the Left he flies. Instead, we play a game of “whataboutisms” and deflection.

The news that Trump wants DACA to be made permanent can only mean one thing: Hannity is going to DESTROY Hillary on her email lies.

And speaking of Hillary, she’s back! Her book tour has been a continuation of everything we’ve come to expect from the would-be Wicked Witch of the West Wing: oblivion about why she lost, condescension toward deplorables, and allegations of Trump’s white nationalism. Unsurprisingly, many right-wing commentators have rallied to cackle at the chief cackler, myself included.

But let me just throw this out there: it’s not brave or difficult to bash Hillary Clinton. Everybody hates her, including many on the Left. She has no more power in politics thanks to her own implosion.

Don’t get me wrong, I love the reactions to her ravings and any much-deserved blowback that comes her way. But if you’re going to go there, be sure it’s just a pitstop on your trek to a more substantial landmark.

Take Ben Shapiro’s lead from Tuesday morning’s podcast: rip into Trump for his latest uninhibited concession to the Left, badger Hillary for a while, then springboard into a larger critique of the Democratic Party. Perfection.

When Trump has abandoned his base for the umpteenth time, failing to secure wall funding for the second time, pushing for DACA legislation reminiscent of Jeb Bush or Lindsey Graham, and tweeting comfort to DREAMers per request of Nancy Pelosi, your lead story should not be Hillary’s never-ending spiral into the abyss of irrelevance. Yes, it’s hilarious that she didn’t plan a concession speech. But please provide more depth to your analysis than that.

And certainly don’t get distracted by the Hillary herring at the expense of weightier issues, like Trump’s return to his party of 50 years, or his desertion of principles he never had, or his devotion to pragmatism over his loyal supporters, none of which is actually surprising yet surprisingly few of his followers seem to care.

Talk about how Trump keeps telling Ryan and McConnell to handle immigration, healthcare, and tax reform without giving any direction or hands-on assistance, then abandoning them when they can’t read his mind. That’s dismal policy with any Congress, let alone one as incompetent and inactive as this one.

At this point, take a break and chuckle as you remember that no matter how bad things get, at least Hillary Clinton will never be president. Allow yourself to sigh.

Then jump back to the newly amassed $20 trillion debt with a push by Democrats to almost double it by enacting Medicare-for-all.

Seriously, I know it’s tempting to beat a dead horse, particularly a mare as nightmarish as Hillary Clinton, but we have bigger things to worry about, and we can only cover one story if we’re willing to ignore another. Choose wisely.