Don’t Forget the Babies: A Response to Pro-Abortion Arguments 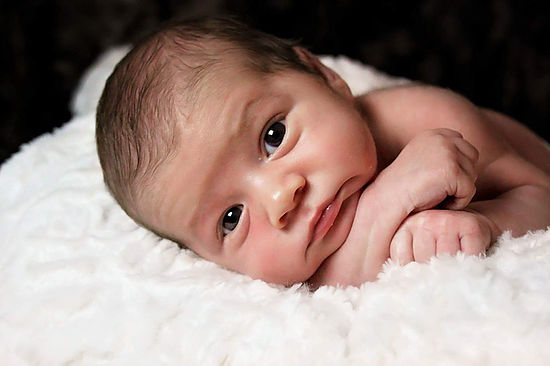 Several weeks ago, I participated in a debate at Brigham Young University sponsored by the College Republicans and the College Democrats. Seven debaters for each side were selected through an audition process, and they faced off head-to-head on seven hot-button items.

One such topic was the question of whether the federal government should continue to fund Planned Parenthood, but neither representative–Republican nor Democrat–seemed willing to address the core of this issue.

Each arrived at the conclusion you might expect: the Republican said defund, and the Democrat said to continue. But their arguments were wimpy and deflective. The Democrat insisted that Planned Parenthood was necessary because it provided contraceptives. The Republican contented that since Planned Parenthood makes a sufficient profit, it doesn’t need governmental aid.

Not once did either side mention babies. Not. Once.

Abortion is, now and forever, a moral issue. Children are dying–just under one million per year in the United States, with over fourteen million abortions across the world in just the first four months for 2017.

Each of these children has its own body, heartbeat, DNA, blood type, and sex before it can even exit the womb, not to mention the unique, invaluable qualities each would have developed across his or her life had it not been terminated.

These precious lives are continually disregarded by the Left as a clump of cells, not really human and thus deserving no humane treatment. As a result, 22% of all pregnancies in the United States now end in abortion. (How’s that for “rare”?).

The arguments presented in the debate were idiotic, so this rebuttal will be easy:

Planned Parenthood is necessary because it provides contraceptives.

There are countless ways people can get contraceptives without having to murder children. Schools, parents, friends, other family members/trusted authority figures, and many more can “provide” (a Leftist term meaning “give for free”) contraceptives, but even if you had to pay, you can find packs of condoms at Wal-Mart amounting to less than 25 cents per rubber.

Even if you are morally bankrupt enough to require protection every single day, that only amounts to $7 a month. $7 is not going to break anybody, and it certainly doesn’t justify killing a human being.

I’m just as pro-life as you; I just don’t want illegal, unsafe abortions to put the mother at risk.

Oh no, I’d hate for someone to get hurt while an abortion is taking place.

To pretend you care about one life while entirely disregarding the other is hypocritical, dishonest, and either evil or just stupid.

And no, you are not just as pro-life as I am if you support the continued operation of an abortion clinic. Either a life is a life or it is not, and no amount of condoms can justify killing a human being.

This is a ploy often used by Leftist morons (sorry, redundant) because they either don’t understand basic economics or they’re lying. Money is fungible, meaning it is interchangeable with other money.

If I give you twenty dollars and tell you NOT to spend that money on pizza, but to buy toilet paper instead, you would have to honor that requirement. But say you found twenty more dollars in the street. Now you can use that twenty to buy pizza without violating my demand because you still have my twenty to spend on toilet paper.

See how this works?

Planned Parenthood only has so much money, so it decides to fund contraceptives and consultation expenses instead of abortions. But then the federal government steps in with money and says, “Don’t spend this on abortions.” Wonderful. Now Planned Parenthood uses the government’s money to fund contraceptives and consultation expenses and it uses the money it would have spent on those services on abortion. Therefore, the government still technically financed those abortions.

Only idiots and liars use this argument.

Planned Parenthood doesn’t need funding because it makes a profit and because it has committed fraud.

Both are true, but when you only have three minutes to make your case against abortion, this is the worst possible approach. Do not waste your time on this true but comparatively meaningless information.

If ever the Right had an obvious moral leg to stand on (and we often do), it’s on abortion. There are literally lives at stake, and you’re going to focus on finances? For every time you’ve been called a bigot, racist, or homophobe, this is your chance to take the high ground and push back. People are dying and the other side is focusing on individual liberty–this is the exact argument of the Left on healthcare, and they’re winning. They take the opposite side on abortion, and they’re still winning. Why? Because the Right doesn’t know how to argue based on emotion and morality.

Here’s how you do it: don’t forget the babies.

Rebuttal: This is about the woman’s freedom of choice.

Point #2: What about the baby’s freedom? You’re taking away every single choice that child will ever make.

Rebuttal: But it’s the woman’s body. This is a women’s issue.

Point #3: When the baby inside of the woman is a boy, is this a woman’s issue or a boy’s issue? If you say “woman’s issue,” it’s because you’re heartless and care nothing for that tiny, defenseless, precious life.

This is the biggest no-brainer in political history, bigger than the revolution, bigger than slavery, bigger than anything. Never in human memory has such a massacre of innocent human life occurred 1) based solely on the convenience of the oppressor, 2) against such a helpless demographic, or 3) during such an “enlightened” age.

Don’t forget the babies. Abortion is a moral fight. Don’t be afraid to fight it morally.