Both Sides Are Wrong about Illegal Immigration, Part 1 of 2 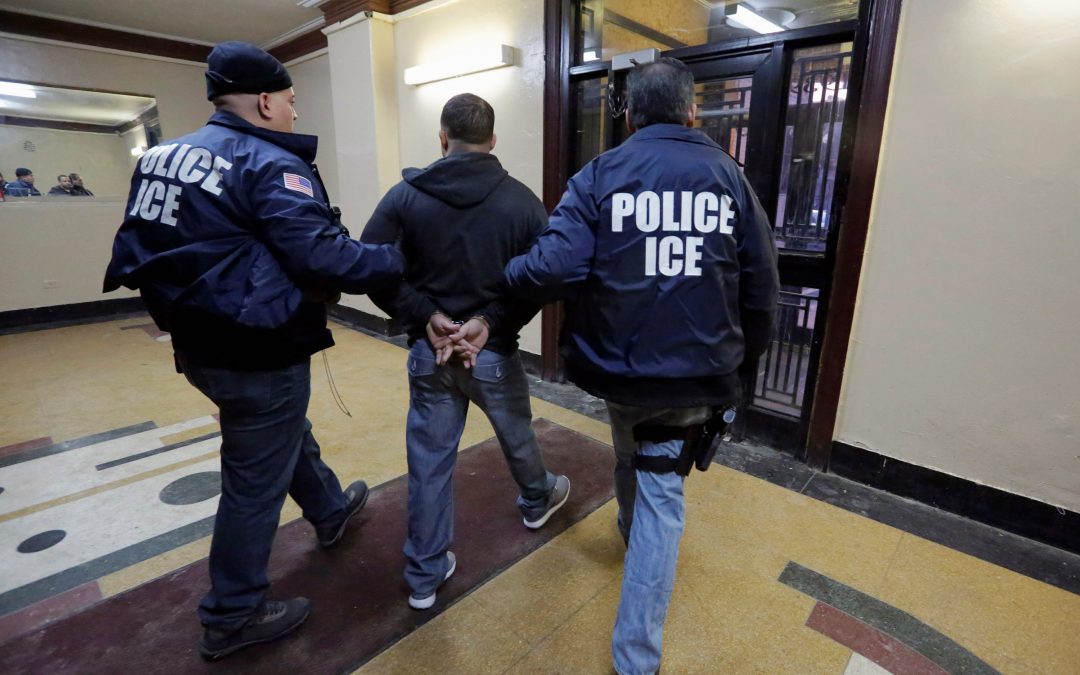 Illegal immigration: the perfect political tool for a quick appeal to your base. Taking a stand against it makes a Republican sound tough, and condemning America for enforcing its border lets Democrats act like they care about minorities. The problem is nothing ever gets done. The border wall, so famously promised throughout the Trump candidacy, has been specifically forbidden by the House budget, and it seems like every few days another sanctuary city illegally refuses compliance with supreme federal law.

Did I say there was only one problem? Silly me, there’s another: everybody’s wrong.

Democrats are wrong when they act like illegal immigration shouldn’t cause concern or that it undermines American freedom when we oppose it. They’re also wrong to manipulate millions of people through false compassion and pandering.

Illegal immigration is a problem, but Republicans are wrong in almost every reason they use to justify their opposition. So let’s set the record straight.

Please bear in mind that these are my views on how the government should handle illegal immigration, not how individuals should treat illegal immigrants. The duty of everyone who loves liberty is to obey, honor, and sustain the law; it is also to be kind to others, especially those going through a hard time. But I don’t want the government regulating my kindness any more than I want them touching my speech or my religion, so I don’t want “compassion” to be legislated as the new ICE protocol. Law enforcement exists to enforce the law, laws exist to protect us, and we honor our country by following them.

This piece will come in two parts over two days. Tomorrow I’ll break down the actual problems with illegal immigration, but today I’m going to debunk several common arguments from both sides (in no particular order), because, like I said, everyone is wrong.

First, some easy ones:

Everyone insisting that walls be torn down because there is no reason to fear, from Obama to Katy Perry to J.K. Rowling to the Pope, lives in a large fortress surrounded by…a wall. Many walls, in fact.

A country absolutely has the right to protect itself by securing its borders. Even good friends knock (and hopefully wait for a welcome) before entering. We have systems in place to protect us from threats coming from within, like courts and prisons and police officers. We should have a system in place to stop threats from outside.

Illegal Immigrants Are Trying to Take Over Our Country

I believe in the 5th Amendment, so let’s just say that when I was 11 and asked why illegal immigration was bad, I may have said something really stupid. But I’ve heard dozens of full-grown adults say it, and that’s even dumber. Many immigrants support the same big government policies that contributed to the state of the country they fled, but that doesn’t mean they’re actively trying to destroy America. It’s all they know and it sounds compassionate. We should compassionately correct them.

No Human Being Is Illegal

No, but they can do illegal things and be punished for them. I don’t have the right to enter your home without permission and take your stuff. I don’t even have the right to enter your home without your permission and just sit there minding my own business. If someone commits a crime, there is a consequence. That doesn’t make the person illegal or subhuman. But we can either be a nation of laws (as stated by Trump, Obama, W. Bush, and Clinton), or we can be a borderless anarchist dystopia. I choose laws.

Most Immigrants Are Good, Hardworking People Who Will Help Society Thrive

100% true. But this isn’t an argument for illegal immigration. It’s actually one of the better arguments against it. Conservatives love immigrants; if there are diligent people who share our values, please bring them in by the thousands. But do it legally. It does no good to them or to us if they have to hide away in fear of being deported. Many immigrants might well provide unprecedented innovations in every field imaginable–but not if they can’t get a full-time job. Not if they can’t go to college or trade school. Not if they’re here illegally. Again, the only other option is total lawlessness, which would be devastating to our country. We need to obey the law, so we need to encourage more people to come share their talents with us legally.

Now we have some more controversial points. If you didn’t survive the previous four, there’s no way you’re getting through these last two:

I understand the intent behind using this kind of example: it’s an awful thing that could have been avoided in this case had the border been more secure. But there are three enormous problems with the approach:

There’s no sense popping in until after the rebuttal…

They’re Only Taking the Jobs Nobody Wants

This is a classic example where both sides are wrong. Illegal immigrants aren’t taking the kinds of jobs that the average American wants, tending more toward manual labor–carpentry, field work, landscaping, etc. In general, I’ve found that Latin people have natural aptitudes in those fields and know how to work hard and long without complaint.

And it’s not like there’s a shortage of work. In fact, according to Mike Rowe of Dirty Jobs, there are around 5.6 million skill jobs ready for the taking. In other words, illegal immigrants are hardly clogging up the industry. Besides, if people are going to come here, don’t we want them to be working?

But the other side is also wrong: there are people who want those jobs who are affected by illegal workers, and it’s the same group the Left loves to ignore: legal immigrants. Legal immigrants also desire to fill these jobs, but they can’t compete with low under-the-table wages that employers can dole out to illegal craftsmen for the same work. They’d have to be twice as good to stand a chance, proving the lack of incentive for immigrants to come here legally.

Both sides are wrong here, but I hold conservatives more accountable. We know that the Left doesn’t support free trade and a free market, and neither do the new Republican nationalists like Trump, but conservatives do. Just not when it comes to immigrant labor, apparently.

Let’s say we fix the problem with the border and with worker visas. Same conditions apply, non-resident workers would still seek the same jobs as resident immigrants. Men would come from Tijuana to work in San Diego for the day and legal residents of Chula Vista would have to compete with them. The best man for the best price wins.

Isn’t that the definition of free trade?

If we don’t support tariffs on our international transactions, if we buy something labeled “Made in China” or “Hecho en México” without batting an eye, why worry about where the worker comes from as long as they’re here legally, whether as a resident or with a temporary visa?

So wouldn’t it stand to reason that some people will decide to only hire resident immigrant workers as a form of supporting immigration over day labor? And if both men are legally able to work, shouldn’t that be the employer’s choice?