Affirmative Action Is On the Way Out, Which Is Great for the Black Community 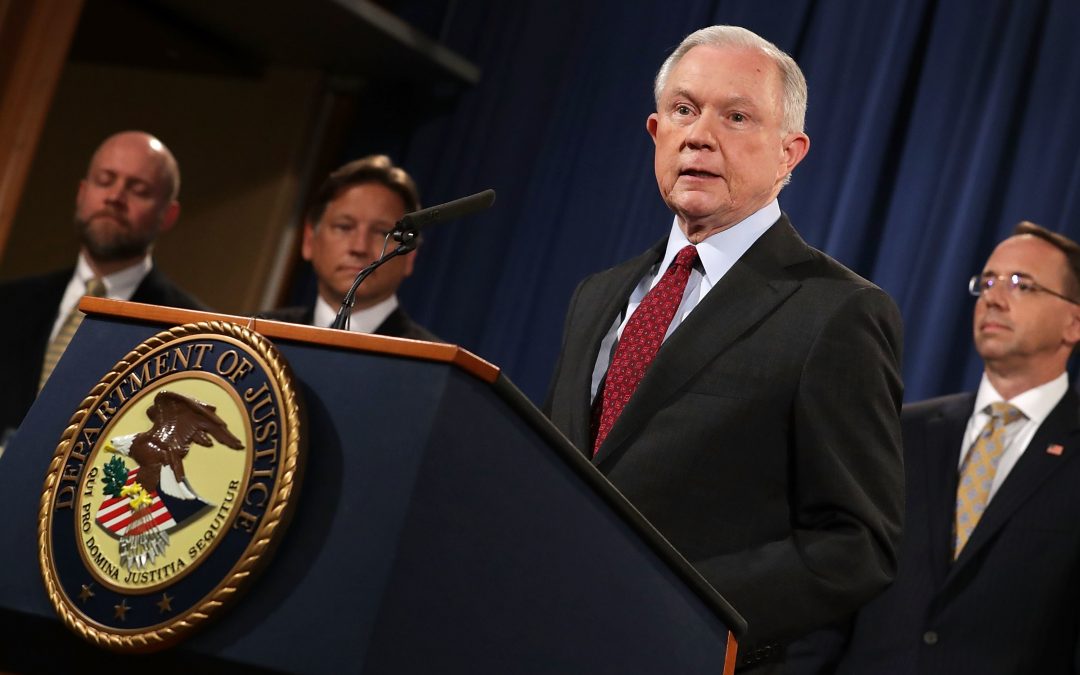 Prepare to be called a racist. Not only did Trump introduce some excellent immigration policy this week, he also announced that the Department of Justice will begin cracking down on racist discrimination on college campuses in the form of “investigations and possible litigation related to intentional race-based discrimination in college and university admissions.” That means — and I can’t even believe it — no more affirmative action.

The Left, predictably, is infuriated by this development, which makes sense; the Democrat Party — the party of the Trail of Tears, slavery, the KKK, Jim Crow, segregation, and more — has historically always forwarded racism. In fairness, many on the Left see affirmative action not as racism but reparations for America’s (read: “Democrats’”) wrongdoings. For them, white people can take a back seat for the advancement of minority students.

The problem is that affirmative action is disproportionately harmful to Asian-Americans and Jews far more than to whites. Asians were effectively penalized 50 points on the former 1600-point SAT, whereas blacks were awarded 230, according to Princeton University. But most importantly, it’s also detrimental to African-Americans, the very group the Left purports to help.

Even liberal thinkers have noted the lack of benefit affirmative action affords to black students. As law professors Richard Sander (UCLA) and Stuart Taylor, Jr. (Stanford) pointed out with The Atlantic in 2012, “the single biggest problem in this system — a problem documented by a vast and growing array of research — is the tendency of large preferences to boomerang and harm their intended beneficiaries. Large preferences often place students in environments where they can neither learn nor compete effectively — even though these same students would thrive had they gone to less competitive but still quite good schools.”

At the University of Texas, for example, artificially rewarded black students averaged SAT scores in the 52nd percentile, 37 points below the typical white student average of the 89th percentile. As a result, “about half of black college students rank in the bottom 20 percent of their classes (and the bottom 10 percent in law school).”

Sander and Taylor refer to this process as “mismatching.” If you feel out of place and get overwhelmed by a course load you weren’t prepared for, you’re going to fall behind. These professors found that mismatched students are twice as likely as their non-mismatched colleagues to surrender their pursuit of a doctorate or a career in academia, science, and engineering, four times as likely as whites to fail the bar exam upon graduating law school (mismatch accounts for half of this disparity), and far less likely to form interracial friendships due to differing “levels of academic preparation.”

This is terribly unfortunate and completely avoidable, but alas, Democrats can’t keep their paws off failing, backfiring social programs. It is the opposite of King Midas: everything the Left touches turns into a dungheap. Baltimore has been run by Democrats for 50 years — Detroit for 55, Chicago for 86, and Milwaukee for 109 years. Milwaukee hasn’t had a Republican mayor since the second to last time the Cubs won the World Series. That was in 1908. You wonder why these cities look the way they do?

The black community is plagued by fatherless homes because Democrats incentivize and champion single-motherhood, lack of responsibility, and a reversal of the traditional family.

Minority students are trapped in underprivileged schools both because of that lack of safe investment and Democrats’ relentless war on vouchers, Betsy DeVos, and school choice. Without an incredibly gifted mind or self-starting work ethic to an almost unheard of-degree, the only hope these minority students have of getting into a decent college is through a decent high school.

Minimum wage laws cause devastating harm to teenagers — especially underprivileged, minority ones. That’s why legendary economist Milton Friedman frequently referred to the minimum wage as “the most anti-Negro law on the books.” Instead of business-owners giving a chance to a young student who isn’t worth $7.50 an hour but could start at $5 or $6 and gain necessary work experience, they’re forced — by Democrats — to pass them up for someone who’s worth the rate. Most businesses can’t afford that kind of charity.

But even if an employer reached out and hired a less-experienced black student for the higher rate over a qualified Jewish candidate, for instance, just to help him out, that would be illegal. The “Civil Rights Act of 1964” — this one a Republican contribution — bars hiring based on race.

The same goes for housing. Even if you wanted to get a black family out of the slums and let them rent your basement, you couldn’t do that in most places because of laws like California’s “Rumford Fair Housing Act” of 1963. How about an inexpensive hotel for minorities on a good side of town? Can’t do it. Maybe an all-ethnic Boys and Girls Club to keep kids off the street? Nope.

It’s sad that it’s considered racist in 2017 to place the content if someone’s character above the color of their skin. People of all backgrounds are capable of great accomplishment, but I have news for you: if you think African-Americans can’t succeed on their own merit, that they need to be coddled  and helped along with handouts and big government, that’s just a teeny but racist.

To be clear, I don’t believe that Democrats’ initiatives have necessarily been motivated by intentional racism — among party elites, maybe. But I’m willing to believe that the average voter on the Left — whatever their subconscious biases — genuinely wants to help underprivileged minorities. So do I.

But not all efforts are worthwhile and not all good intentions lead to good policy. You have to acknowledge what actually works and what doesn’t. Affirmative action doesn’t work, and the DOJ’s crackdown will benefit everybody, especially the black students who are getting left behind.